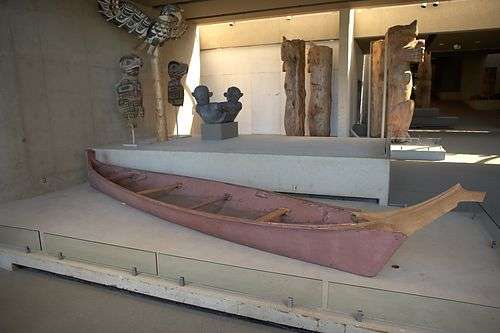 A few years ago, I visited the UBC Museum of Anthropology with a friend. Although excited by the prospect of gathering more details for my novel-in-progress, I was also apprehensive. We were going to a place designed to observe Others in neat packages called Artifacts. In 2007, The Sun published “Thought to Exist in the Wild: Awakening from the Nightmare of Zoos” by Derrick Jensen. Although the central argument of the article was the treatment of zoo animals, Jensen went into great detail about the mindset necessary to create zoos, the same Othering techniques used during colonization.

“What do we learn from zoos?…We learn that you can remove a creature from her habitat and still have a creature. We see a sea lion in a concrete pool and believe that we’re still seeing a seeing a sea lion. But we are not. We should never let zookeepers define for us what or who as animal is. A sea lion /is/ her habitat. She is the school of fish she chases. She is the water. She the cold wind blowing over the ocean. She is the waves that strike the rocks on which she sleeps, and she is the rocks. She is the constant calling back and forth between members of her family, this talking to each other that never seeps to stop. She is the shark who eventually ends her life. She is all these things. She is that web. She is her desires, which we can learn only by letter her show us, if she wants; not by caging her.” – Jensen, p8, The Sun, Nov. 2007

I think the primary action of decolonization for me is this realization that I am not the artifact called ‘Filipina,’ but a Filipina – one who interacts and is constantly remade as a Filipina with every interaction, every relationship forged, every action I make which ties me to my heritage. Being Filipina isn’t defined only by what I do as an individual, but by the living, breathingness of Kapwa that takes into account my environment, my choices, the choices of others, my fears and triumphs, all at the same time, all in constant motion.

Stepping across the threshold of MOA, I knew that I would not have the experience of knowing and interacting with the artists and elders who has created the pieces on display. So, instead, I tried to place myself in a space where the stories that the catologuers didn’t reveal in their explanatory panels. I tried to hear the whispers of carving tools against cedar, of songs still imbedded with the wood smoke in the grain of door posts. I tried to be open to the context of each piece while fighting back the knowledge that each piece was out of context, perhaps torn out of time to be ‘collected and placed’ for the ‘edification of Us.’

I scribbled notes into my sketchbook about the pieces in the first foyer, then turned the corners where cabinets of artifacts were on display from other indigeneous peoples around the world. A sign with the Philippines caught my eye and it was with a certain morbid curiosity that I opened drawer after drawer to see what a curator thought was worthy of preservation and display from my heritage.

The displays at MOA are arranged as if the visitor had stumbled into a collectors archive, each piece cross referenced with a piece of paper covered in a plastic sheath and bound in large books fastened to the end of each cabinet. We struggled to understand the system and finally gave up, favoring to pull out drawers and hope there was a piece from ‘back home.’ Indonesia, Bali, Australia, Malaysia, teeth, feather, bone, hemp, copper all behind pieces of glass. I only found one marked “Philippines” – a small smoking pipe which I sketched in my book, the perfect object for characterization. I decided to stop looking for the Philippines at that point, focusing instead on the Coastal Salish.

MOA was undergoing a renovation and pieces were displayed in large racks, untagged to the amateur, but still there. Sort of like bodies in a morgue. We turned away from the large portion of the collection and moved to a room which held the artifacts of a memorial given for a woman who had died in the previous decade. She was a leader in the preservation and reclamation of First Nations culture, and her family and friends honored her by providing a memorial for her. Instead of burning or letting the elements claim the pieces, many donated them to the MOA for a memorial display.

Death and life together, observed and observer together, but I was determined to be in the space even if separated by time. To reach that space of Kapwa with the people who loved and were loved so deeply. Unlike the rest of the museum, the memorial space had a story, was steeped with stories, and grief has a power that connects. I would have liked to have met the people who left the memorial pieces for me to see, but reading their words helped me be in that space more fully and hopefully with them and their memories.

As my friend and I gazed out of the inlet outside the museum, standing there beside the long and small houses adorned with totem poles and post carvings, she mentioned how special places are always special, that a good place to settle in and share a meal will be attractive to people generation after generation, and the most recent iteration of that attraction was the museum itself. I tried to imagine the coldness of the skin for a woman like me, just come from emptying the boats, and rushing indoors to prepare a meal, welcoming the heat from the fire and chasing children away from burning embers.

I’d forgotten to bring tobacco, didn’t really know if the Coast Salish and Haida were tobacco givers, so instead I turned to my friend and gave her a small pocket totem I had bought for her in the museum gift store. We’d brought our friendship to the space and I was grateful to the elders for bringing us there that day. We smiled and shared a hug in our typical American shy way, and I hoped the Guardians understood that we were not just passing, or even passing through, but that their stories had changed us and kept part of their memory alive in us.